THE F WORDS OF LIFE 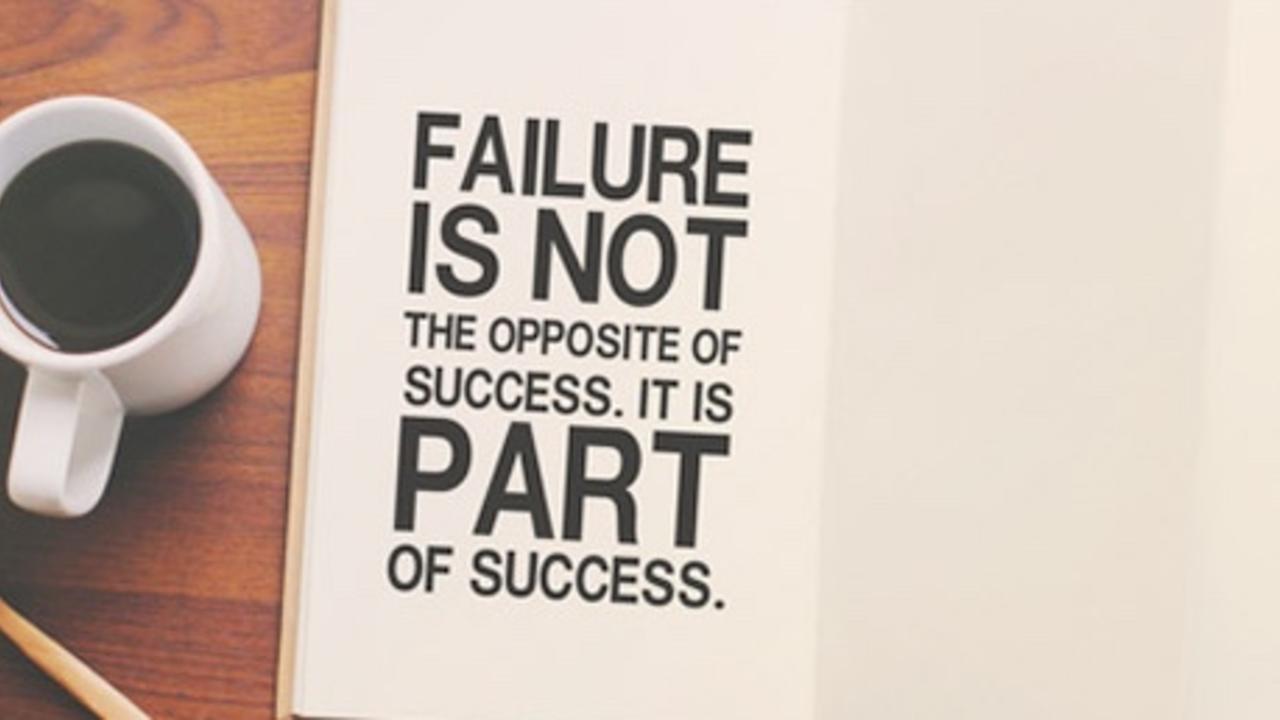 Failing flat on your face because you took a risk on something you were passionate about…. Or never ever failing at anything because you never take action on something that may be risky or new?

Failure is a necessary part of Success. There is just no way around it. If you are going to grow, stretch, experience newness, or expand your Fulfillment in ANY area of your life, Failure WILL be part of the equation.

How is that for positive and encouraging motivation?? :)

The fascinating part of accepting Failure as a necessary part of your path to success is that it Frees you! Failure can be reframed from being a disaster to being something that is celebrated.

Have you ever watched a child learning how to walk?

Picture that little champ pulling herself up and standing for the first time. The look of awe on her own face as she realizes what she has done. And then what happens ONE second later? BOOM! Falls down on her little booty.

Does she get mad or embarrassed? NO. She just looks at the edge of the table she used to pull herself up, gets to her knees, reaches for the table, and does it all over again.

The same thing happens upon taking her first step. First joy and then BOOM. Falls down once again. And the child just keeps on “failing” over and over without the loss of enthusiasm! That is SUCCESS, according the Winston Churchill.

And what do we do as adults while watching this precious little kid “fail”? We CHEER! We celebrate every teeny tiny success and continue to encourage the child to KEEP FAILING! Why? Because we know that by failing over and over, and learning and adjusting each time, it will lead to the ultimate success of walking, then running, and so much more.

There are a million examples that children show us every day on how failure does not equate to a negative experience, if we just pay attention.

So where or when does it all change?

For me, it was in elementary school. Kindergarten through 3rd grade, I went to a very very small Christian private school and was always celebrated for being way ahead of my actual grade level. Then in 4th grade, I moved to the local public elementary school, half way through the school year. That was when everything changed.

The kids in the school had known each other since Kindergarten. I was an outsider, with long strawberry (red) hair, big thick coke-bottle glasses, and on top of it all, I wasn’t allowed to wear pants. (More on that in a future blog)

At the Christian school, I fit in. I didn’t realize how “different” I really was, compared to the public school kids. However, it was something I quickly recognized, as did the other kids.

On my first day of the new school, we had a math quiz that was on the blackboard. (Remember those?) And my desk was towards the back of the class.

Well remember those big thick coke-bottle glasses I wore? They weren’t strong enough for me to see the board clearly, thus I FAILED the first test I had ever failed, and I mean I failed miserably. The level of horrific embarrassment I felt was shocking to my system to say the least.

That was truly the first time I had experienced the shame that can go along with feeling like a failure. There is a big difference in failing at something and FEELING like a FAILURE. BIG difference!

So of course, my mom figured out the problem with my vision, got me new glasses, moved me closer to the board, and Voila! All good… Right?

At my other school, the learning was very self-paced and was not taught in a traditional classroom style with a teacher at the front of the room teaching. This new public school was very much the traditional set up.

After one quarter in a “regular” 4th grade class, they moved me to the Accelerated class for the final quarter of the school year. Now another 30 new kids to get to know…. who have all been, not only at the same school since Kindergarten, but had been in the same CLASS together since then.

So, now I’m the new kids all over, weird and awkward looking, AND on top of it, I’m now with all of the “smartest” kids my age.

Having only recently been exposed to classroom style teaching, I was getting my first taste of not only failing, but failing IN FRONT OF OTHERS. Teacher asks a question, I raise my hand to answer, my answer isn’t exactly right. Therefore, it is wrong and I fail openly in front of my peers.

And let’s just say, kids can be so cruel to each other.

I quickly discovered that the level of embarrassment I experienced upon being wrong, was way worse than the joy of taking a chance on the answer and being right. Therefore, the new operating system became: “to be good enough, I must get all the answers right, all of the time. “

Does any of this resonate with you? Can you think of a time that you stopped trying because you were too scared of not being right, not being enough, not succeeding, and thus being a failure?

Are you still making decisions today with that old operating system today?

If you are human, there is at least one place that OS still exists for you, if not many places. One or more places or things you aren’t even attempting, because of that old thinking.

So let’s shift that paradigm and design our own new thinking and operating system regarding failure.

As we grow together in The F Words of Life, not only are you going to experience Failure, I AM TOO. Which is why it took me so long to stretch my wings and make the decision to do this full-time as a single entrepreneur. I know my purpose is to help others live their purpose by providing tools, training, and a like-minded tribe (community).

However I also know that along the line, I’m going to fail. I am not going to get something right. I am going to take a mis-step. I’ll say or do the “wrong” thing. A training will bomb. You won’t get the value out of something I create, which will feel like the ultimate Failure.

Because the ONLY reason I create ANYTHING, is for YOU to get VALUE so that you may learn and grow in some way. That is the ONLY reason. So I know as we walk this path together, I will need our Tribe as much as you do.

So with that I say, let’s lead the charge on Failure!! Who can fail first and share it with the rest of us?

How did you grow as a person as a result of the “failure”?

What steps did you take next?

How did it help lead you to success?

And finally, what lesson did you learn?

Please share those with me, as I will with you. To inspire us all to keep Failing in all area of The F Words to Life, knowing that by failing, we are being led to live our greatness in it’s Fullest Form.

Stay connected with The F Words news and updates!

Join our F-Words Tribe to receive the latest news and updates from our team.
Don't worry, your information will not be shared.

Stay connected to The F Words of Life!

Welcome to The F Words of Life

Add your name and email to keep in touch with future tools, tips, and announcements!